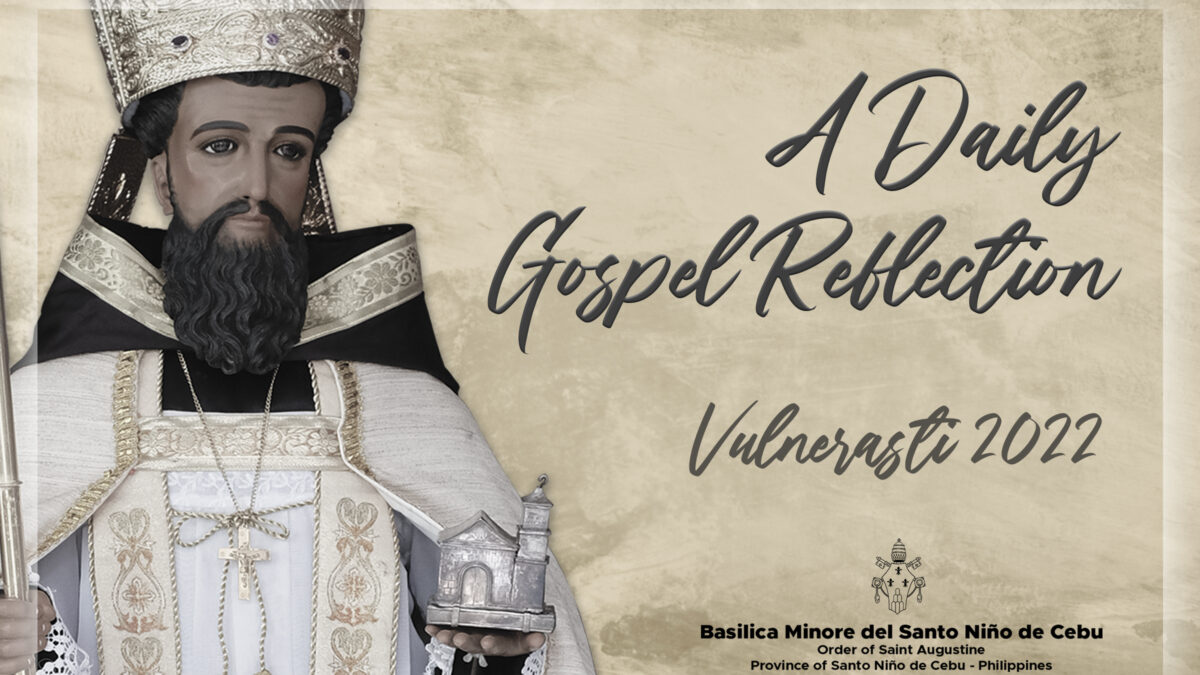 Then his mother and his relatives came to him; but they could not get to him because of the crowd. Someone told him, “Your mother and your brothers are standing outside and wish to meet you.” Then Jesus answered, “My mother and my brothers are those who hear the word of God and do it.”

This pericope, coming a few lines after the parables of the sower and the lamp, attests to the inauguration of the kingdom of God composed of members who are reborn by God’s life-giving word. Jesus did not disown Mary nor his brothers. After all, Mary was his first disciple as she listened and obeyed the will of God.

St. Augustine in one of his homilies said: “Did not the virgin Mary do the will of the Father, who by faith believed, by faith conceived, was chosen to bring salvation to us from among men and was created by Christ before Christ was created in her womb? Mary did the will of the Father and did it entirely, and therefore it is of greater worth for Mary to be a disciple rather than to be the mother of Christ; it is of greater worth, it is a happier prerogative to have been a disciple rather than be the mother of Christ” (Sermon 72/A, 7).

We have become God’s children by our obedience and faith in his only Son. “My mother and my brothers are those who hear the word of God and do it.” May we emulate Mary, the first disciple who listened and kept God’s word in her heart. Like her fiat to Gods’ will, may we collaborate with the plan of salvation accomplished in Christ. /Vulnerasti, 2022