Augustinian in the Philippines 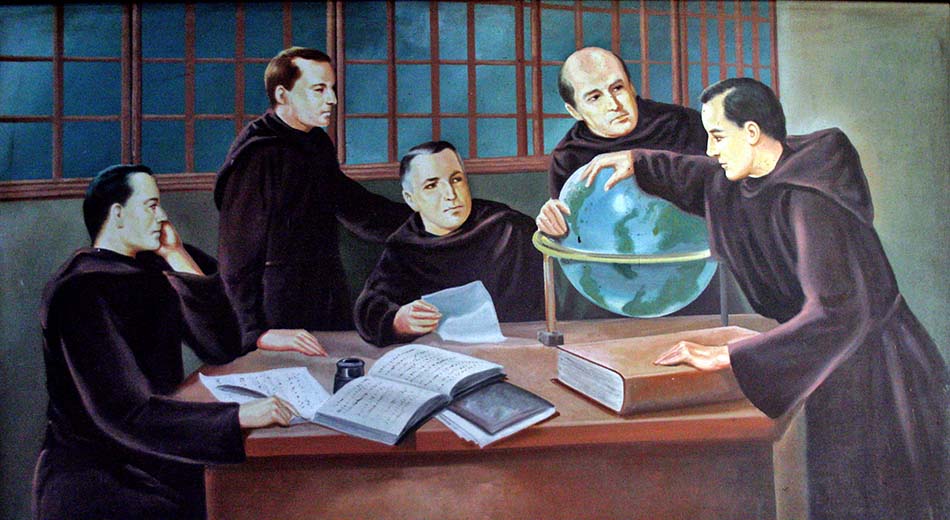 The Augustinians, the first missionaries, to have arrived with Legazpi in Cebu in 1565.

In 1565, the first temporary church made of bamboo was built. The wooden church was then erected in the year 1571 by rev. Fr. Martin de Rada, OSA, sponsored by two Santo Niño devotees, Don Gabriel and Doña Catalina Sanchez.

In order to facilitate the evangelization of the Filipino and to prevent overlapping of work, the archipelago was partitioned by the Spanish government among the different religious orders on April 27, 1594. 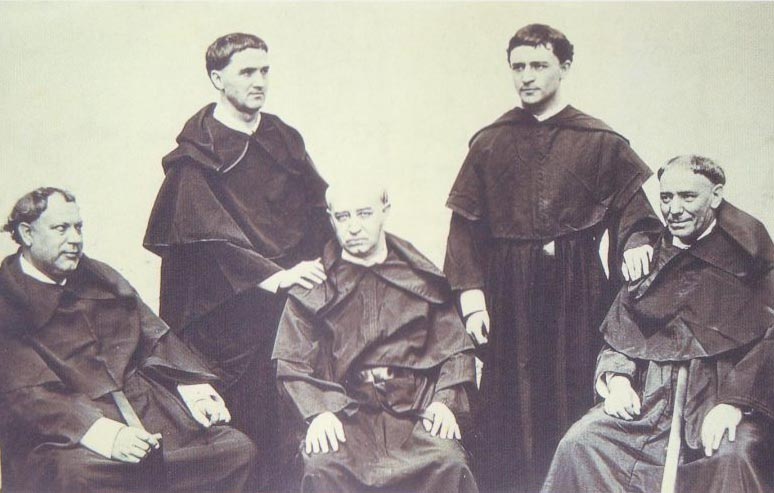 The influence of the Augustinians spread and wide.

Notwithstanding the shortage of missionaries, they had already established forty-four monasteries under the administration of one hundred thirty missionaries. During the first quarter of the seventeenth century this was increased to fifty houses with one hundred fifty-five priests and thirteen lay brothers.

Fulvius of Ascoli, the general of the Augustinians, through a decree of November 16, sanctioned the division of the Philippine Fathers of the Order of Saint Augustine into two provinces in the year 1602. These were the province of Santissimo Nombre de Jesus and the Discalced Augustinians of Recoletos of the province of San Nicolas de Tolentino.

By the end of the Spanish regime, two thousand three hundred sixty-eight Augustinians had come to the Philippines. They had founded three hundred eighty-five towns and ministered to more than two million souls.

When the Augustinian-constructed bamboo church was demolished in 1730, abuilding of the present-day church began in 1733 under Fr. Jose Bosques, OSA, later supervised by Fr. Juan Albarran, a connoisseur church-builder from Ilocos Norte, and completed in 1740 under Fr. Jose Trevino, OSA.

In this church the Santo Niño was finally enthroned and placed above the sacristy on January 16, 1740 which began an eight-day festivity involving innumerable multitudes of Cebuanos and even those from other parts of the Visayas. Now, the historic image of the miraculous Santo Niño is encased in a glass arch in a shrine on the left side of the main altar.

Miracles that attracted world attention have been attributed to the image of the Santo Niño de Cebu. Thus, in the year 1965, the title of basilica was given to the Church of Saint Augustine because of its historical and religious significance, and national prominence. A nationwide celebration was held in commemoration of the finding of the image and the Christianization of the Philippines which was presided by His Holiness Pope Paul VI who elevated the church to the rank of Basilica Minore on April 1, 1965.

The decree of proclamation of the Santo Niño Church as Basilica Minore states that this house of worship dedicated to the Most Holy Name of Jesus had become mater et caput, the fountainhead of all other Philippine churches. It is the glory of Cebu, included in 1941 among the Philippine national monuments, honored above all as the main center of devotion for all Catholics from all corners of the Philippines who devotedly venerated the Santo Niño and pray for his intercession.

To this day, the Augustinian house in Cebu carries the titular of Santisimo Nombre de Jesus. The Augustinian Order has been open, continuous, and uninterrupted possession of the miraculous image and the church built on the place where it was found, leaving no room for doubt on the authenticity of the image and the veracity of its finding on that same location. 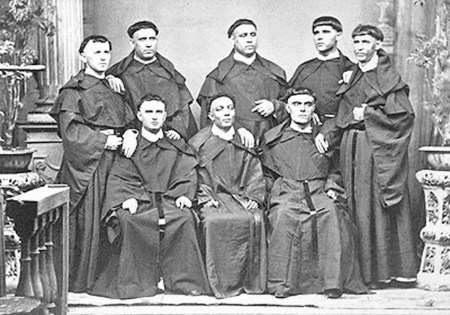 Under the Augustinian mother house were parishes in Cebu that the order subsequently established and administered for a considerable time: San Nicolas, Pardo, Minglanilla, Talisay, San Fernando, Naga, Carcar, Sibonga, Argao, Dalaguete, Alcoy, Boljoon, Oslob, talamban, Caceres and Cordova. With the establishment of each parish, the Augustinians introduced the devotion to the Santo Niño de Cebu, effectively facilitating the spread of the devotion in the island of Cebu and beyond to Iloilo, Aklan, Tacloban, tondo, Pandacan, the Ilocos regions and other areas.

Though countless devotees would go to Cebu to experience the satisfaction of prostrating themselves before the holy Image, there were numerous others for whom this was impossible because of distance or other obligations which did not allow them to visit Cebu. Participating in the devotees affection for and devotion to the Most Holy Name of Jesus, it was thus natural for the Augustinians to consecrate other churches in various points of the archipelago in order to fulfill their desire to show their love and present their petitions to the Santo Niño de Cebu.

At the turn of the twentieth century, there was a shift in the missionary thrusts of the order to other countries like China and South America, hence the seat of the Augustinian Province in the Philippines was transferred to Madrid. This decreased the number of Augustinian priests in Cebu Province and the rest of the country. Therefore, on January 15, 1984, at the height of the Santo Niño fiesta, a new Philippine Augustinian Province was formally inaugurated, with thirty-seven Filipino members of the order then in charge of the houses, which are the Basilica del Santo Niño and Colegio del Santo Niño, San Jose Parish and University of San Agustin in Iloilo, Colegio de San Agustin in Bacolod, Our Lady of Grace Parish and Monastery in Makati, and San Agustin Seminary in Quezon City. The San Agustin Church and Monastery in Intramuros and San Agustin School in Makati remained affiliated with the Madrid Priory.

The Formation of the New Province

The province was officially formed on September 13, 1983, inside the Istituto Patristico Augustinianum in Rome during the 174th General Chapter of the Augustinian Order, where ninety-three delegates approved the creation of the first indigenous Augustinian province in Asia after over 400 years of control by Spanish religious leaders. The Province of Sto. Niño de Cebu gained autonomy from the mother province, theProvince of the Most Holy Name of Jesus of the Philippines, which is based in Spain.[2]

The first Prior Provincial was Rev. Fr. Eusebio B. Berdon, OSA, who later became an assistant Prior General of the Order in Rome. Initially, the Province had thirty-six friars and religious brothers and sixty-one aspirants, novices, postulants and theology students.[3]

As of 2016, there are a total of 122 solemn professed friars, priests and brothers, composing the Filipino Augustinian Province, who are present in 11 cities and provinces.

Institutions, or houses, owned or administered by the Province, include the following:

Text from: Wikipedia and other sources