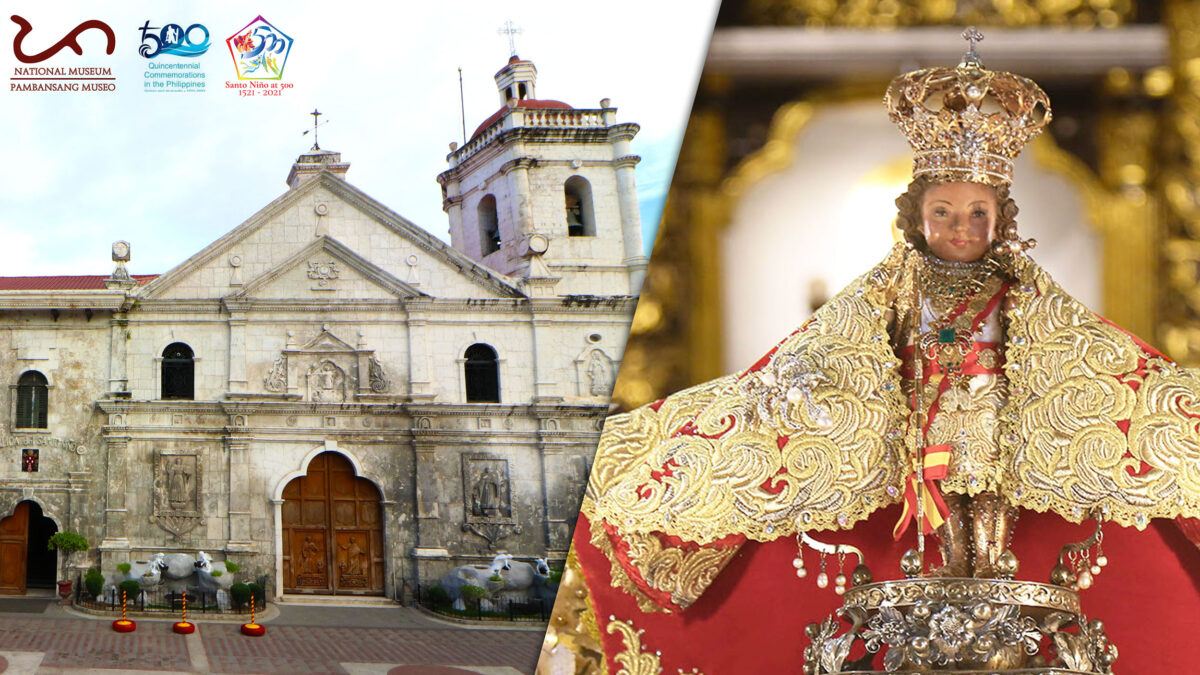 The Basilica Minore del Sto. Niño de Cebu Church and the image of Sto. Niño are to be declared as national cultural treasures by the National Museum on April 14, 2021. This milestone was announced last January 30, 2021, by the chairperson of the National Historical Commission of the Philippines, Rene R. Escalante in his online message during the opening day of the three-part webinar series “Bound by History: Magellan, Santo Niño and the Beginning of the Augustinian Evangelization,” organized by the Order of Saint Augustine – Augustinian Province of Sto. Niño de Cebu Committee on Santo Niño at 500.

To be declared as National Cultural Treasure one must have unique structures and items with outstanding historical, cultural, artistic and,/or scientific qualities, significant to the culture of the Philippines.

The church was the first founded church in the Philippines in 1565 Fray Andres de Urdaneta, O.S.A. and Fray Diego de Herrera as its first prior.  Meanwhile, the present church building was completed between 1739-1740 and has been designated by the Holy See as the “Mother and Head of All Churches in the Philippines” in 1965.

At the same time, the image of Sto. Niño, the oldest catholic religious relic in the Philippines, was also declared a National Cultural Treasure. It was the same image given by Ferdinand Magellan to the queen of Cebu in 1521 and 44 years later was found in a burning hut in 1565 by the soldier Juan Camus of the Legazpi-Urdaneta expedition and later entrusted to the Augustinian missionaries that at present still the caretakers of the miraculous image.