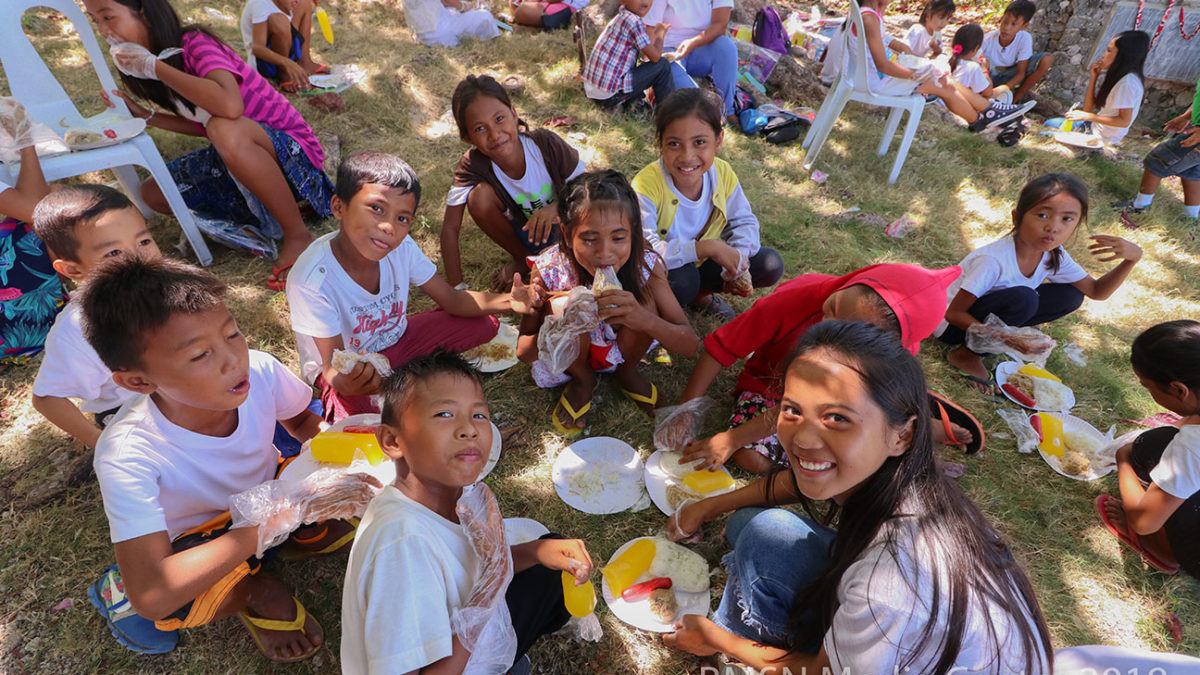 On its third year, the children of the island of Kinatarcan are gathered together in one location for the culmination of the Flores de Mayo. From the thirteen chapels of the island, around four hundred elementary and high school students joined this year’s month-long dedication to the Blessed Mother Mary. This is the third time that they are gathered and are given school supplies for joining the daily Flores de Mayo activities such as catechesis and praying the holy rosary.

The culmination happened on the day of the Solemnity of the Holy Trinity, May 27, 2018. It commenced with a mass, which was presided by Rev. Fr. Pacifico Nohara, OSA, rector of the Basilica Minore del Sto. Niño de Cebu and concelebrated by three Augustinian friars.

After the mass, a short program was organized by the BMSN Media Center Youth Volunteers that provided fun and excitement to the children through games and presentations. 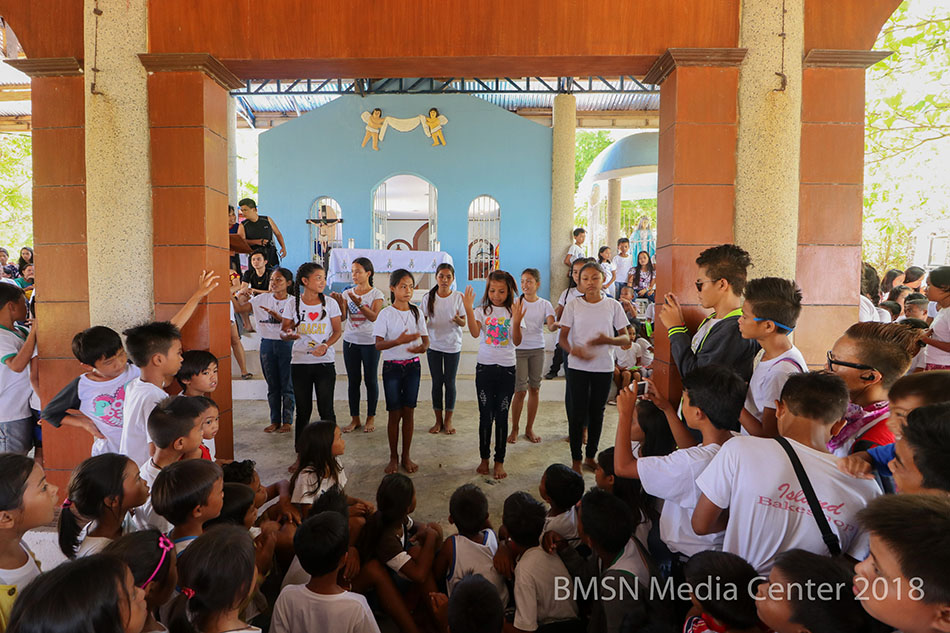 With only skylab as the means of transportation, some were fetched by a private multicab and while other children walked under the heat of the sun just to come in the event.

The children came to the chapel at the Immaculate Conception in Barangay Langub bringing only with them their presence. But later after lunch they went home bringing full of school supplies and prizes.

The school supplies came all the way from Cebu City through the generous benefactors of the Basilica Minore del Sto. Niño de Cebu.

The Basilica is the pastoral administrator of the island since 2016 after it was given by the Provincialate community.

Present also in the success of the culmination and helped in the distribution of school supplies are some lay volunteers, who are also affiliated to the different mandated organizations of the Basilica.

The Augustinian friars are thankful to all generous benefactors for making the event successful.