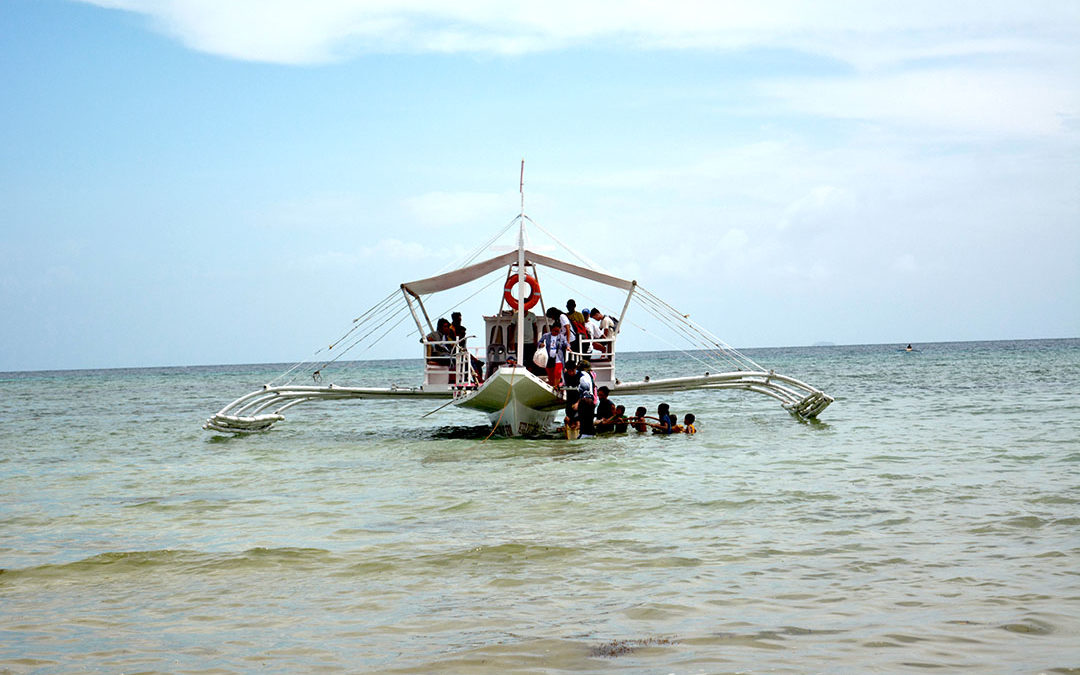 “It is in strong faith that people are united spiritually and economically.”

Located at the northern part of Cebu, fronting Daanbantayan municipality is the beautiful island of Kinatarcan which unveils the beauty of Cebu with its magnificent white sand beaches and breathtaking views. However, eight out of 10 people will probably have a void idea on the other face of Kinatarcan- an island who flaunts the beauty of what an island is but at the same time lacks and seeks spiritual and economic growth among its people.

Due to Kinatarcan’s geographical location, it creates a lacuna with regards to the total formation of the people living in the island. Kinatarcan lacks having Eucharistic celebration and the easy access of daily necessities to sustain life. Through compassion, mercy and faith, two things are being established in the island of Kinatarcan which greatly creates an impact to the people in the island.

At the verge of struggles and emptiness, there comes a blissful year of 2008 when the Augustinian Friars started to conduct masses on random days at Kinatarcan. It was first taken care of the Provincialate Community of the Province of Santo Niño de Cebu- Philippines. In 2016, the Augustinian friars of the Basilica became the pastors of the island and is actively serving until now. The people are beyond blessed knowing they are able to experience and receive not only the pastoral and spiritual care coming from the friars but also the total self-transformation of every individual.

The random days of celebrating the Holy Eucharist at Kinatarcan changes to a monthly celebration after the devastating year in 2013 when typhoon Yolanda destroyed the place. Properties are damaged and hopes were lost after Yolanda painted a grotesque picture in the island. However, because of the influence of the Augustinian Friars to the people, Kinatarcan stands to be a place full of faith and solidarity among the people.

(Despite our pains and problems, it is eased with prayers to God [even if we only hear mass] once a month.)

The Augustinian Friars along with the help of various Non-Government Organizations (NGOs) and different volunteers coming from different church ministry, this activity continues to activate to regain what’s lost especially in the spiritual aspect of the people.

With the acquired core competencies, the island people are able to strengthen their faith not just to God but also to their fellowmen. “Tabo-Tabo sa Isla” is created through the collaboration of the three barangays of Kinatarcan island (Kinatarcan, Hagdan and Langub). Tabo-Tabo sa Isla is organized by Cordaid, an international NGO, that aimed to make the community resilient through an agricultural livelihood program. The NGO gave natural farming training to farmers and provided different seedlings for food production. Cordaid was invited by the Cebu Capitol Government and assisted by the Sto. Nino the Sto. Nino-Augustinian Development Foundation, Inc, (SNAF) to work together for the community’s re-building.his is a collaborative effort as part of the Kinatarcan Integrated Development Plan, a community-based endeavor made possible through the assistance of SNAF and SPFTC (Southern Partners for Fair Trade Center, Inc.)

With the participation of the residents, this activity is being realized but it is still under observation within two months. To have an easy access for the daily needs of the people is the main purpose why the three barangays agreed to have “Tabo-Tabo sa Isla”.

After experiencing grief and downfall during typhoon Yolanda, hope reflects on the people’s eyes with a strong faith that there are still better days to come. Tabo-Tabo sa Isla is an avenue for the people to find relief, unity, and hope despite of the tragic past.

(I am very grateful that Tabo-tabo is implemented because I do not have to go to the mainland.)

Because of the willingness to survive life with a strong faith that gains spiritual maturity of all the people, Kinatarcan is now a place concretizing how faith rebuilds a place and its people. /Analyn Conocono and Anamarie Nanol – USJ-R Communication Interns