Fire in the Hearts instead of Fireworks in the Sky

Fire in the Hearts instead of Fireworks in the Sky 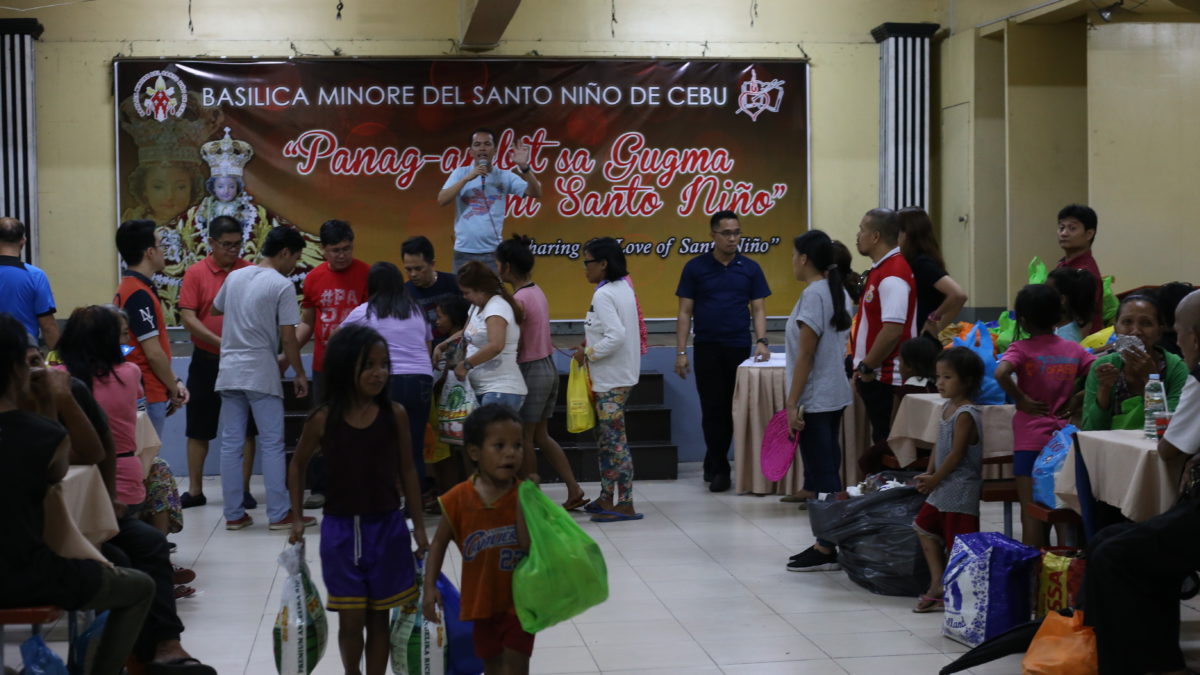 Instead of having a fireworks display for Fiesta Señor, the budget is allocated to Panag-ambit sa Gugma ni Santo Niño- a program initiated by the Basilica Minore del Santo Niño de Cebu (BMSN) held at the Colegio del Santo Niño (CSN) last February 5, 2019.

Rev. Fr. Pacifico “Jun” Nohara, OSA, BMSN rector, said that the supposed budget for this year and last year’s fireworks display were allotted to over 100 homeless families in downtown Cebu.

(There was a budget for fireworks but we suspended it instead, we gave half of the budget to Marawi and another half was given to Villaba and the remaining budget was given to a particular group of nuns.)

The program was made successful through the help of the Provincialate community, Agustinian Vocation Promoters (AVP), Colegio del Santo Niño faculty and staff and the whole BMSN community.

For more than a year, the program continued to hold its purpose of sharing the love of Santo Niño as time goes by.

Packs of grocery items were given to the less fortunate families and a short program with fun-filled games was conducted during the event.

Smiles were painted at the beneficiaries’ faces during the entire program.

(I am very thankful to this program of the Basilica because I was still able to join even if I’m only selling newspaper at Chowking’s area.)

According to Rev. Fr. Aladdin Luzon, OSA, the activity was inclined with the weekly feeding program of the Basilica but it was made more special as this activity was conducted.

Rev. Fr. Nohara on his end expressed his sympathy and love to the poor that they must also receive the blessings of Señor Santo Niño.

Fireworks may not appear brightly in the sky during the Fiesta Señor celebration but it appears brightly in the hearts of the homeless people. /Analyn Conocono, USJ-R Communication Intern