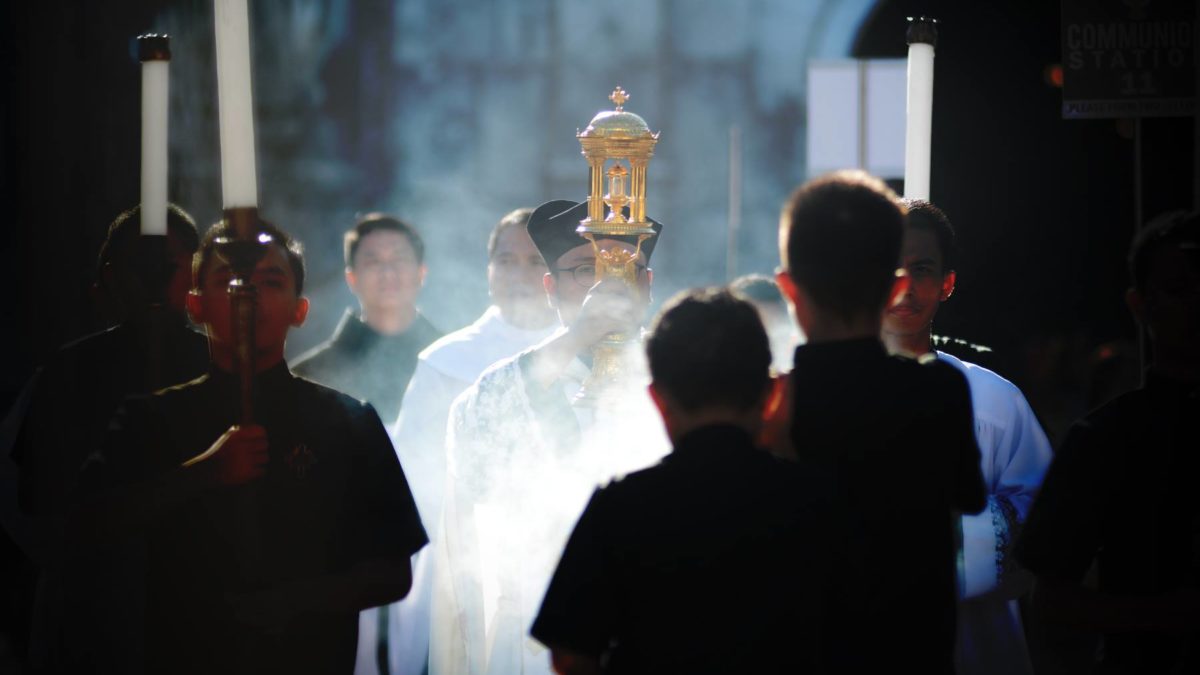 On May 26-27, 2018, a major relic “ex ossibus” (from the bones) of Saint Augustine of Hippo paid a pilgrim visit to Basilica Minore del Sto. Niño de Cebu. This effort was made possible by a larger Pilgrim Visits by the Order of Discalced Augustinians’ Postulator General, the Rev. Fr. Dennis Ruiz, OAD based in Rome, Italy. The pilgrimage dubbed as “The First Philippine Visit of the OAD Pilgrim Relic of Saint Augustine” started in the middle of May and will last until June of 2018 and will be passing places in Cebu, Batanes, Metro Manila, Pampanga, Leyte and Agusan among others.

The Augustinian Friars of the Province of Sto. Niño de Cebu especially in the Basilica del Sto. Niño were very grateful in welcoming the relic of the Holy Father Augustine last May 26, 4:00 pm. Rev. Fr. Ric Anthony A. Reyes, OSA, Museum Director and Secretary of the Augustinian Community of the Basilica, welcomed on behalf of the Prior and Rector, Fr. Pacifico Nohara, OSA. The relic was exposed at the Pilgrim Center for all to venerate and after which, the Eucharist was offered at 5:30 pm by Fr. Reyes with Frs. Dennis Ruiz, OAD and Frs. Noel Cogasa and Cyril Tagalog, OSA. After the Mass, a Solemn Procession of transfer to the Basilica Church took place where a Vigil and veneration were held until 10:00 pm. The veneration continued the next day until it was sent-off with a Solemn High Mass offered at 11:30 am and officially sent off at 1:00 pm.

The visit was a significant affirmation of the historical value and connectivity of the Basilica to Saint Augustine. Though less known because of the popular devotion to the Sto. Niño de Cebu, the Church where the sacred icon of the Holy Child is enshrined, was originally known as Iglesia de San Agustin (Church of Saint Augustine) from the olden Spanish times until recently it was declared a Basilica Minore in 1965. As the first religious house of the friars of the Order of Saint Augustine, the first religious Order to evangelize the Philippines, it was fitting that the first Augustinians honored their Holy Father by dedicating the Church to the titular of Saint Augustine of Hippo. Though archival records show that the Convent (the religious residence of the friars) was better known as “Convento del Sto. Niño” which directly connecting the convent (and hence the Church) to the Sto. Niño as if it is its official name. Nonetheless, Saint Augustine of Hippo continues to be venerated as well in the Basilica. (RAR)