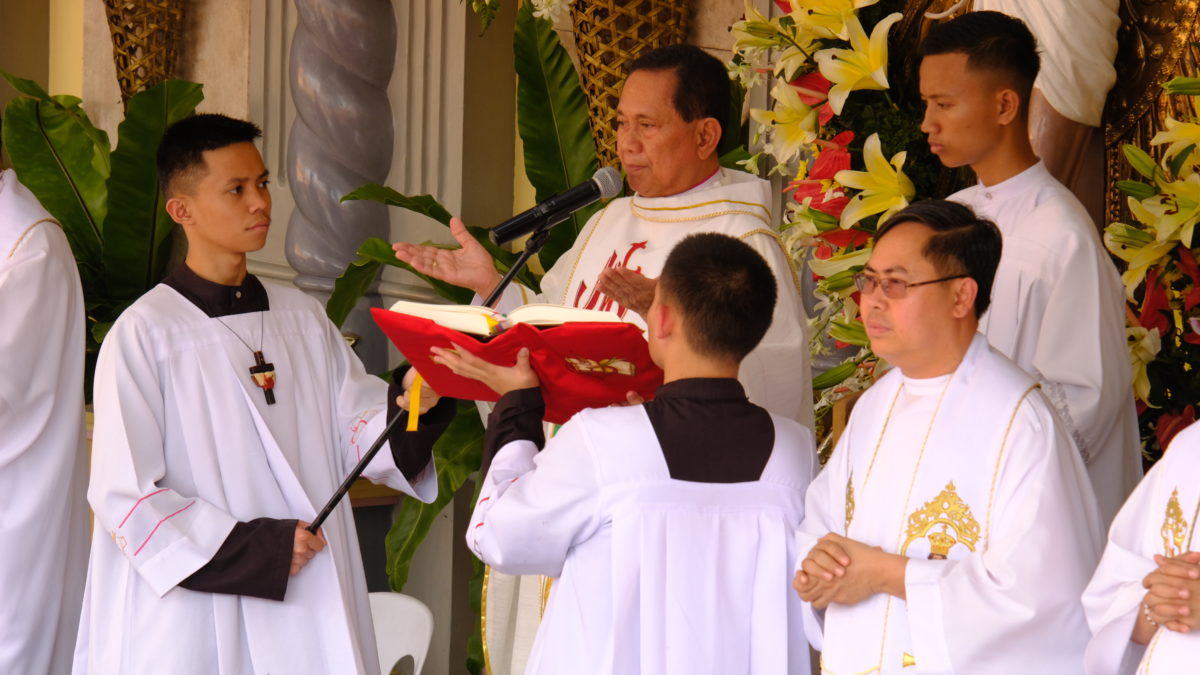 The mass was also the opening salvo of the Sinulog Festival 2020 in which Sinulog contingents’ dancers and facilitators attended.

“Divisions prevent our neighbors from hearing the gospel as they should hear the good news,” as part of his Homily from Saint John Paul II.

Msgr. Alesna reiterated that division causes misunderstanding and conflict within people where he highlighted the part of the differences humanity holds, and how these differences can result in divisions and lead us astray.

With all the differences, the desires and ambitions of human kind: power, pride, and strength are what keeps us from hearing the gospel of the Lord.

Msgr. Alesna cited the importance of unity and charity of people in which we should be united in accepting our shortcomings for us to fulfil the virtues of Señor Sto. Niño, that is to obey and love.

“Let us call upon Señor Sto. Niño for us to be the witness of His virtues on destroying and pulling off the roots that splinters our humane selves that leads us on our differences, ambitions, and divisions,” Rt. Rev. Msgr. Alesna highlighted as he ends his homily.

The declaration of the Sinulog Festival was done shortly after the 2:30PM mass ended.

Cebu City Mayor Edgardo Labella, the overall chairman of the Sinulog festivities made the declaration of the official opening of Sinulog 2020.