Niño’s galleon: Then and Now

Niño’s galleon: Then and Now 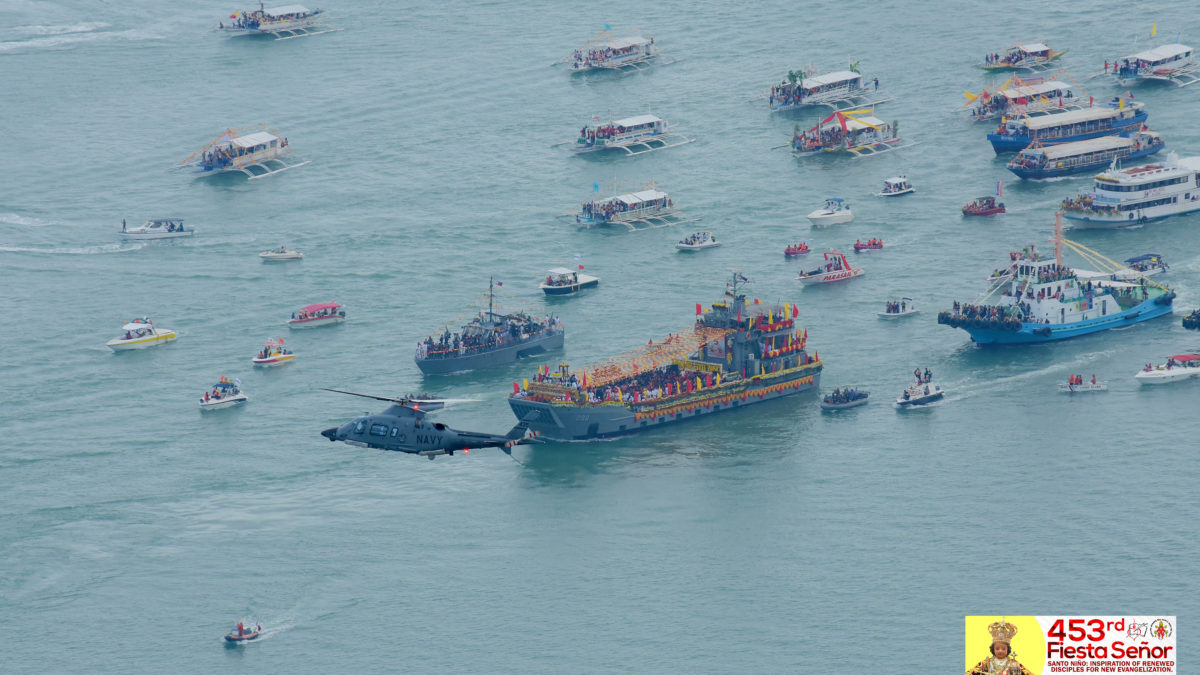 Sailors long before the docking of the first foreign colonizers, the Filipinos’ relationship with the sea has always been strong. Commerce, culture, and exploration within the archipelago heavily relied on the will of the waves. So it comes as no surprise to know that the faith the Philippines has come to adapt reached the country through seafaring. In the fluvial procession of the 2018 Feast of Sto. Niño, this particular journey will once again be revisited. 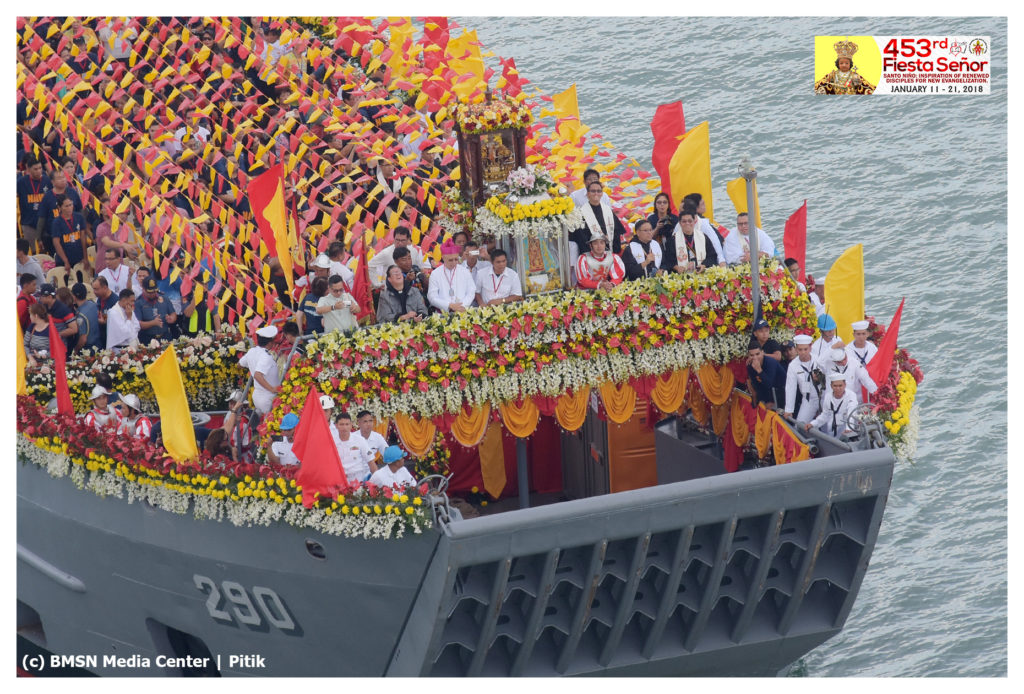 The galleon ship is a key element in the traditional fluvial procession for Sinulog, in which the reenactment and celebration of how the image of Sto. Niño was brought to the island by explorer Ferdinand Magellan.

“Galleon is meaningful to the Sto. Niño because at the first instance of the bringing of the image here in the Philippines, that was the type of transportation used,” said Rev. Fr. Ric Anthony Reyes, OSA. He clarified that the term galleon originated from the specific type of vessel used in those times.

According to Fr. Reyes, attempts of recreating the original ship were seen on 1965, during the celebration of the Fourth Centenary of Christianization of the Philippines. The ship the Augustinian Friars used that time closely resembled the original galleon.

For the past few years, however, the name ‘galleon’ is now attributed to modern ships used to transport the image of the Child Jesus during the fluvial procession.

(This year we are using the naval carrier that would come from the [Philippine] Navy. If we look at it, it’s not literally the galleon we know from before, but what matters is the relatedness that evokes the past from it.) 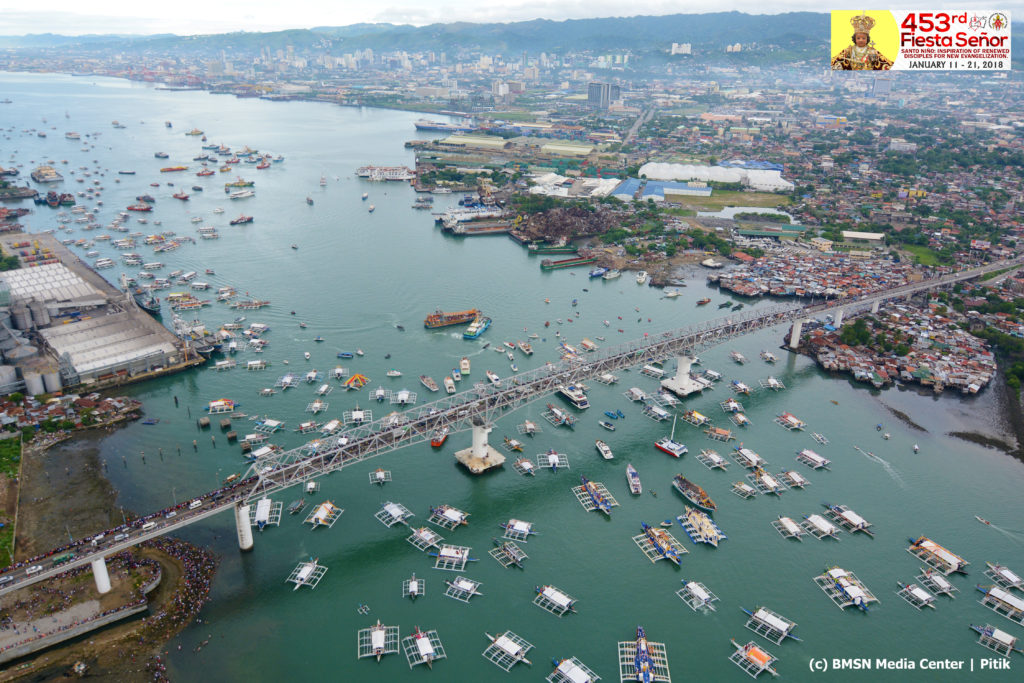 “The holding of the fluvial procession is the reenactment of the arrivial of the Magellan’s expedition. When they arrived here in Cebu, we remember that they brought the Sto. Niño here,” Fr. Reyes recollected. He also added that processions are ‘sacramental expressions of our journey’, which embody spiritual and theological meanings that manifest itself in our lauding and devotion of the Sto. Niño.

(We participate in processions to express our devotion, that we, as people, walk this earth as co-journiers in faith.)

In the essence of reenactmnets, key participants of the procession also play roles present in the event of history being revisited. Fr. Pacifico Nohara, basilica rector, will fill the shoes of Fr. Pedro de Valderrama. With him are those who will play as soldiers, as well as the other priests who came with Magellan.

When it comes to selecting the ship to lead the event, the process they use, identified by Fr. Reyes, includes the following: (1) Drawing of lots with participating parties, including the rector and selected members of the community, followed by (2) careful delibration of qualifications.

The criteria for the sponsoring candidates encompass, first of all, the owners’ devotion towards Sto. Niño, their catholic standing in the community, and the applicant’s logistical capability.

This year, the ship will be the BRP Agta,  a type of naval vessel carrier. This ship was a donation from Australia, and is said to be in ‘pristine’ condition. The navy was tapped and led to plan the arrangements, as well as the design for the ship, but with prior consultations from the rector and fluvial organizers. The needs and considerations when it comes to the preparation for the vessel were also negotiated through the Museum head of Basilica.

Since the ship this year is larger than its predecessors, Fr. Reyes expects a larger crowd for the fluvial procession 2018.

“It will be an encounter with many people,” he stated. “It will be grand.”

With the exapansion to Lapu-Lapu City, Fr. Reyes wishes to remind the devotees to be safe and prepared, as there are much more people espexcted this year, as well as to use the event as an opportunity for reflection.

“When you encounter the Sto. Niño, use it for your own personal meditation. It’s a time for us to connect ourselves with the real events happening inside us, into the symbolic activity that we are doing, and find relation into it – make meaning out of it.”