Police and Medics: No Major Incidents So Far

Police and Medics: No Major Incidents So Far 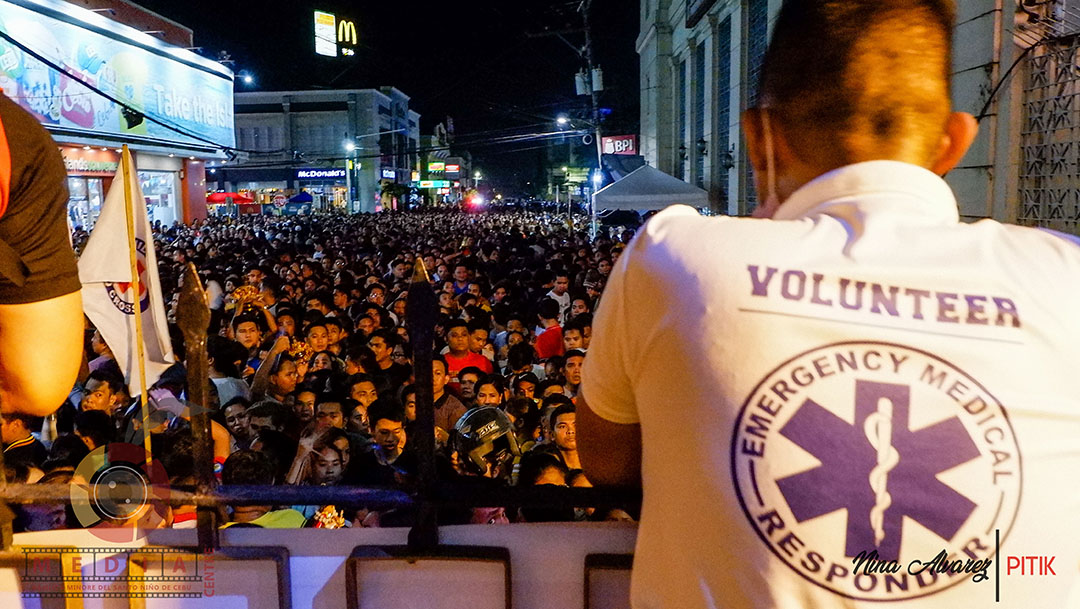 As of January 13, 2019—the 4th day of novena mass, there are no major accidents recorded from the Basilica Minore del Santo Niño de Cebu’s (BMSN) Medical Team.

According to one of the medical volunteers, however, they were able to cater five people who lost their consciousness and around 20 people who went through blood pressure measurement as of yesterday.

Ages 20 to 30 years old were the ones who most likely lost consciousness because of skipping their breakfast or lunch. On the other hand, ages 45 to 60 years old had the Medical Team checked their blood pressure measurement.

Moreover, Capt. Keneth L. Edillon of Philippine Air Force, MSC, one of the staffs of BMSN’s Medical Team, said that there were five patients who were also transported by an ambulance from Basilica to the nearest hospital due to acute appendicitis, severe Urinary Tract Infection (UTI), and High Blood pressure.

Despite the emergency lanes provided, one of the challenges of the medical team is responding immediately to the need of the patient due to the large crowd. It is hard for them to respond especially since some of the people would not give way.

To avoid major accidents, the medical team requests that the crowd follow and listen to the security, especially in clearing the emergency lanes. They also wish to remind the devotees to never forget to take their meals on time and medicines (if there are any) and to also bring with them water to avoid dehydration.

In addition, there were no major incidents reported by the Cebu City Police Force. To keep this up, the police officers request from the devotees to continue following the security measures set and to understand that this is for the safety of everyone within the vicinity.  The officers also remind the devotees to be mindful of their valuables on their way to the Basilica and while attending the Holy Mass.| Michee Dionne Balite, Carmelle Ferrater, and Analyn Conocono, USJ-R Communication Interns