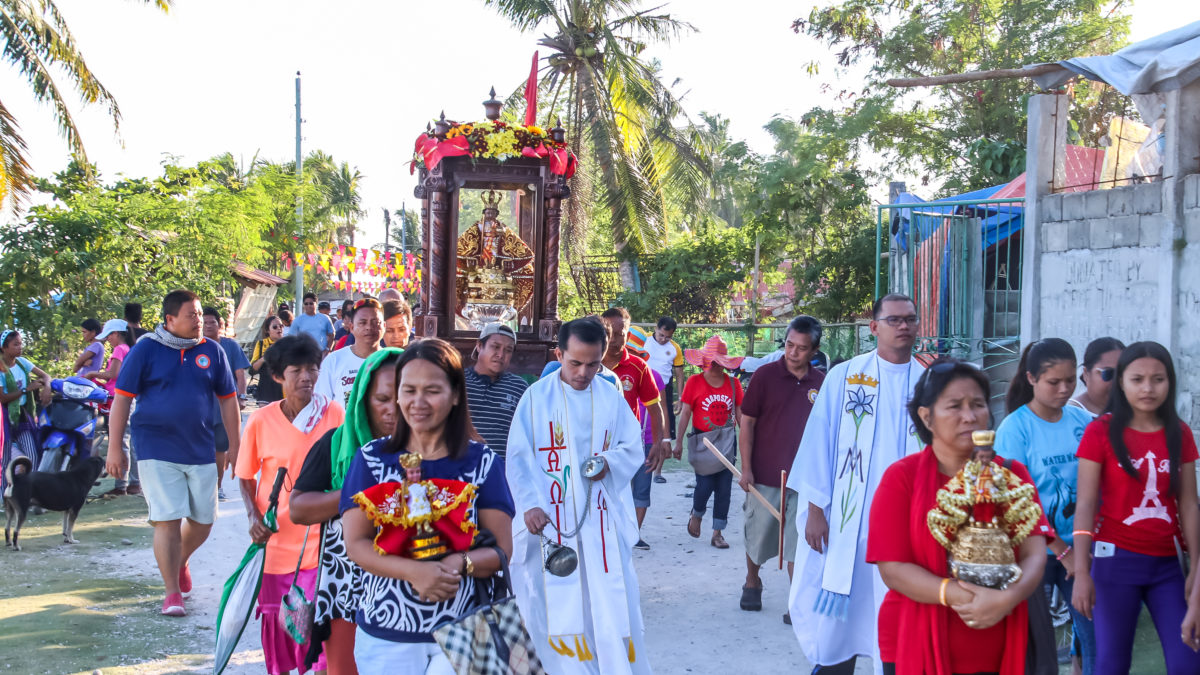 Kinatarcan Island, Sta. Fe – The Catholic Church has a long history of journeys and explorations meant for the propagation of faith. The Order of Saint Augustine (OSA), in turn, has done their part in the name of that same vision. Now, in the year 2018, the order celebrates a decade of successful mission and faith building in what some people consider Northern Cebu’s final frontier: the Island of Kinatarcan.

After a 45-minute boat ride from the pier of Daanbantayan, you will reach a small but beautiful isle that belongs in the Municipality of Sta. Fe.

Kinatarcan, in some maps called Guintacan Island, consists of three barangays: Hagdan, Langub, and its namesake, Kinatarcan (formerly known as Bito-on). With over 1,600 households total, the island is home to people of many religions and faith. Catholics, Seventh-Day Adventists, and followers of the Aglipayan Church all live in harmony away from the bustling urban center that Cebu has become. 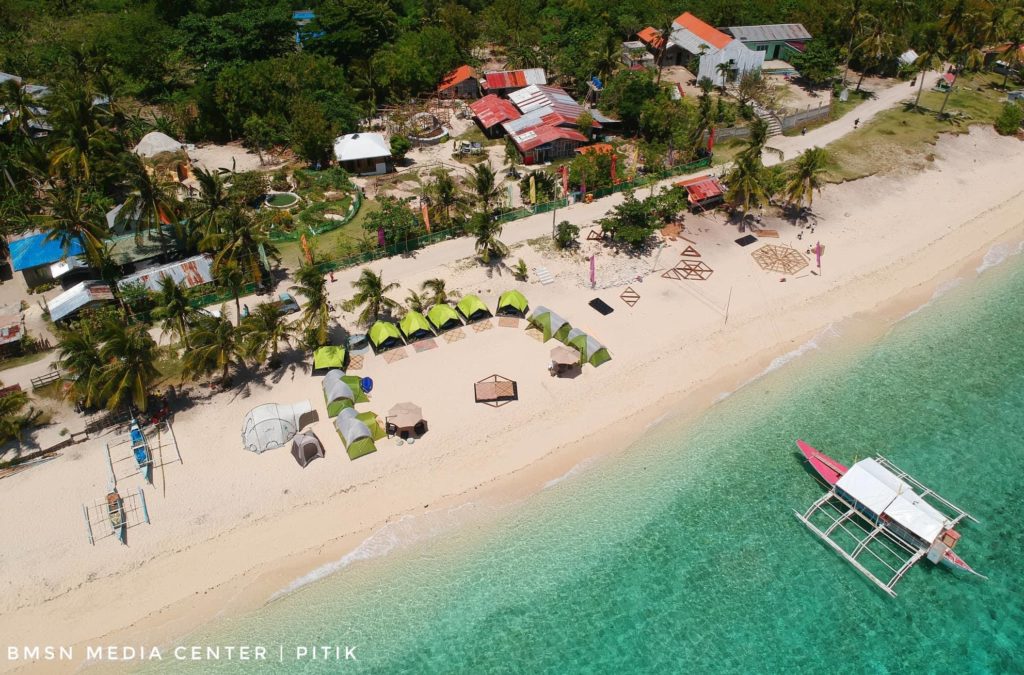 At the tail-end of 2008, word of a possible mission area reached the OSA through Ma. Elvira Paglinawan-Kessler, more commonly known in the community as Ate Elvie. A devotee herself, she offered a piece of her property to be the location of a chapel where Catholics like herself – comprising only about 15-20% of the island’s population then – can regularly hold masses.

(There are many Catholics but they become cold because of the minimal presence of the church.)
Luzon stated that because the island belonged to the Sta. Fe parish, more than an hour’s journey every parish visit, regular masses were not as frequently held.

While the OSA has been in the place for ten years, the Sinulog celebration in the island only started five years ago, and this year marks the first visit of the image of Sto. Niño.

(As to the date, there’s no fixed date because we have to adjust with the celebration in the Basilica. But for sure, after the Feast in Cebu City, the one in Kinatarcan Island will follow.)
This year, the Sinulog celebration fell on the 11th of February.

The arrival of the image of the Holy Child Jesus was on the Saturday prior, accompanied by members and staff of BMSN-Cebu. In the afternoon, the second Sinulog Dance Competion of the island was held, participated by students from Barangays Hagdan and Langub.

On the Feast Day, a fluvial procession took the image around Kinatarcan Island, followed by a Holy Mass presided by Rev. Fr. Genesis Labana, OSA.

“Nagsugod ang pagtuo dira sa gamay,” Labana shared in his homily. He recounted the experiences of the community after Typhoon Yolanda and how, much like the trees that were brought down by the storm but now stand tall five years later, faith begins in small seeds, that continue to grow with time. 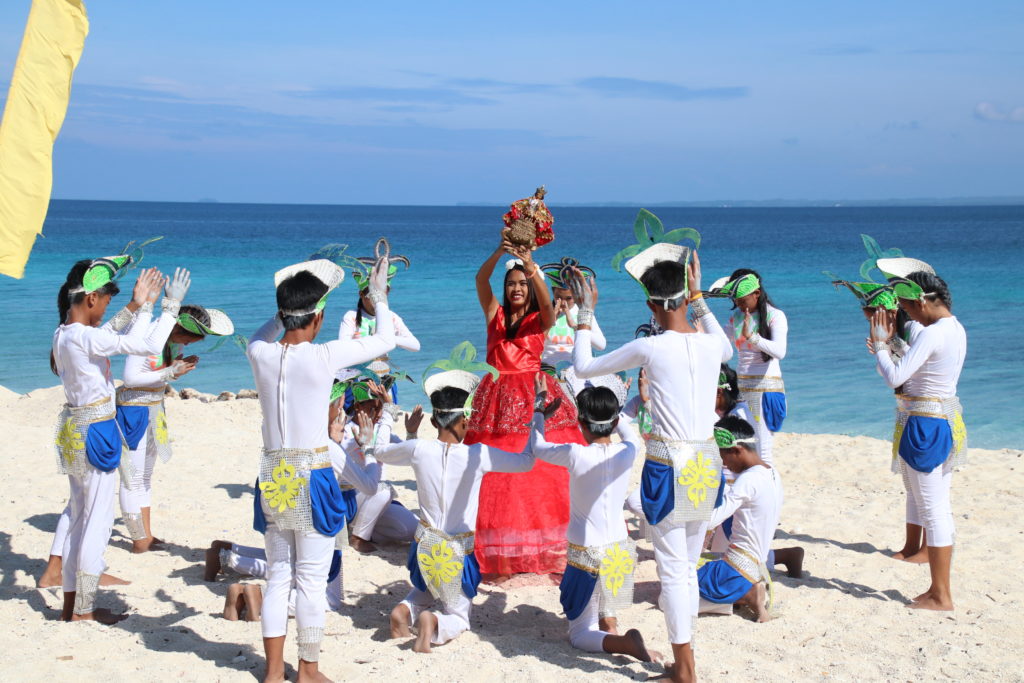 Kinatarcan Island Development Plan (KIDP) was conceptualized in a summit where multi-sectoral groups, including non-Catholics, attended and engaged in discussions for the future of the island and its people.
“In terms of livelihood ug development sa island, wala ta nag-ila og relihiyon. Ang atong gi-ila is that after all, we are all brothers and sisters in Christ,” said Fr. Aladdin.

(In terms of livelihood and development in the island, we don’t recognize religion. What we recognize is that after all we are all brothers and sisters in Christ.)

Because of this cooperation, and the opportunity to exercise the gospel in their livelihood, HaKiLaPO (Hagdan-Kinatarcan-Langub-People’s-Organization) was created, with the help of the Augustinians. The group and the church’s aim is to promote the island towards a future in eco-tourism.

A milestone in this endeavor came last year, September, in the presence of Gina Lopez, who formally affiliated the community with ABS-CBN Lingkod Kapamilya Foundation Inc.

(With God’s blessing, she came to the island. Majority of the developments here are from her foundation.)
With over half of the Island’s population now Catholics, and with projects to improve the livelihood of the people underway, the Island of Kinatarcan has come a long way. While the ten-year journey was only the beginning, the island is a testament to timeless mission which shows that faith nor devotion knows no distance. (Christele Basco and Matthew Sulla – USC BMSN Mass Media Volunteers)