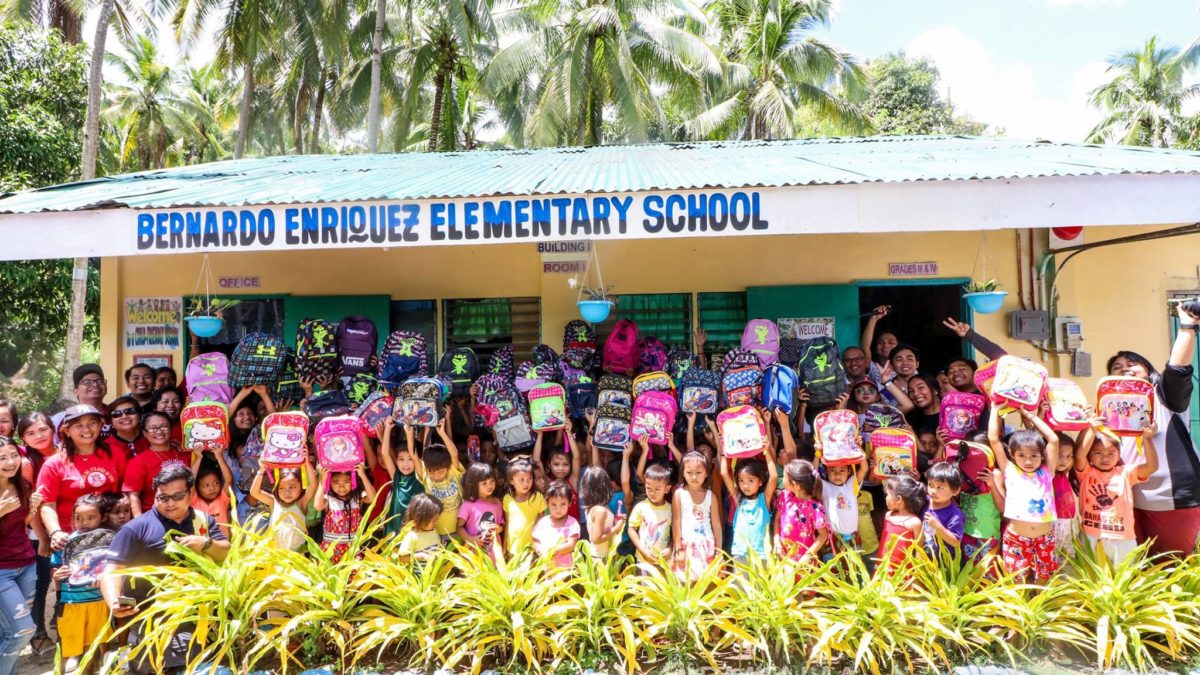 On Pentecost Sunday, May 20, 2018, 145 pupils from Bernardo Enriquez Elementary School and Sibacan Elementary School in Danao City were given school supplies as part of the seasonal socio-pastoral activity of the Basilica Minore del Santo Niño de Cebu. Among those present were the volunteers from the Basilica Media Center and Cofradia del Sto. Niño.

The group traveled 49 kilometers from Cebu City to Bernardo Enriquez Elementary School, Danao City and was welcomed by the school head Mrs. Cheryl and two other teachers and the children of Bernado Enriquez School. Present only in the gift-giving are the pupils of Bernardo Enriquez Elementary School. The other school is 7 kilometers away and its difficult to gather the pupils since they are living in the remote areas of barangay Sibacan.

A short program was held for the children that was headed by the BMSN Media Center Volunteers.

The two schools were chosen as recipients of school supplies after the BMSN Media Center team conducted a documentary project on the life of Ms. Marivel Villanueva, who was a former scholar of the BMSN Children’s Welfare Foundation, Inc. and presently teaches at the schools.

The Augustinian community would like to thank all the sponsors / benefactors who wholeheartedly gave their support in order to make the activity successful.