The Augustinians and the Devotion to the Child Jesus

The Augustinians and the Devotion to the Child Jesus 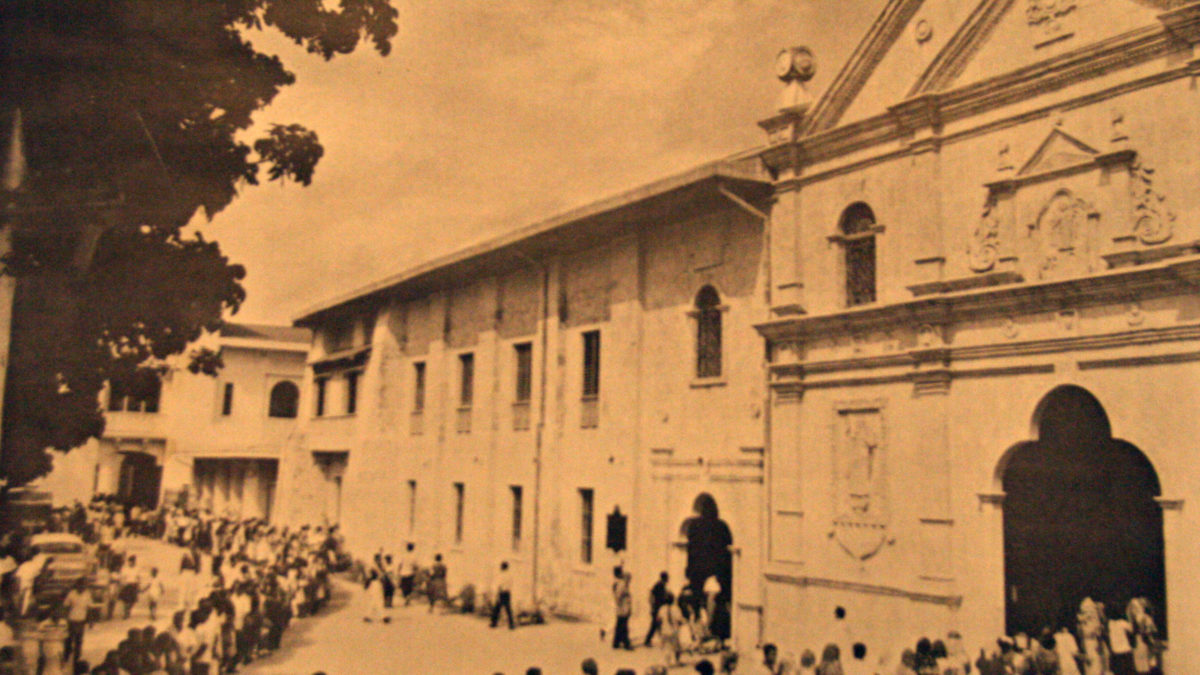 The association between the Augustinians and the Santo Niño goes beyond the simple fact that the former are the official custodians of the miraculous image of the Child Jesus in Cebu City. This, in fact, has a long history behind it, which we will trace in this brief article. 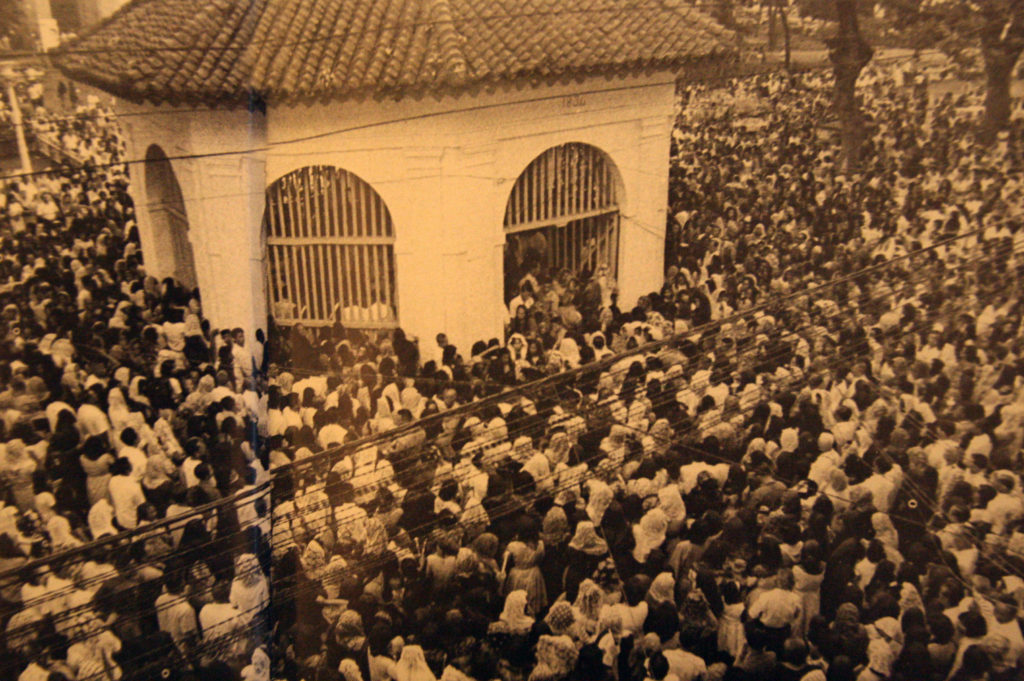 When the Spaniards reached the Philippines in 1521 headed by Fernando Magallanes (or Ferdinand Magellan), they brought with them an image of the Child Jesus, whose origin is unknown to us. However, some scholars speculate that the ruler of the Holy Roman Empire at that time (and later also the King of Castille), Charles V (1500-1558), who was raised by his aunt, Margaret of Austria, in the Belgian town of Mechelen, brought with him an image (or some images) of the Santo Niño when he transferred to Spain in 1517.

Mechelen was famous for the production of images of the Child Jesus in the 16th century. If King Charles indeed brought with himself such religious icons to Spain, then it is probable that when Ferdinand Magellan left the country in 1519 to begin his search for a new sea route to Moluccas without passing by the routes already used by the Portuguese at that times to reach the spice islands, he was given an image (or images) of the Child Jesus of Flemish origin.

The Spaniards arrived at the Philippines in 1521, making their first contact with our people on Homonhon Island, then at Limasaua, and finally in Cebu. The account of the conversion ad baptism of the local chieftain of Cebu, named Hamabar or Rajah Humabon (later named Carlod in honor of the Emperor himself), his consort (named Juana in honor of the mother of the Emperor), and some their subjects, is well-known to us. What interests us more is what happened on that occasion. After the queen of Cebu was baptized, “she was given an image of our Lady, a priceless Christ child made of wood, and a crucifix: (Fr. Gaspar de San Agustin, OSA, Conquistas de las Islas Filipinas 1998:135). 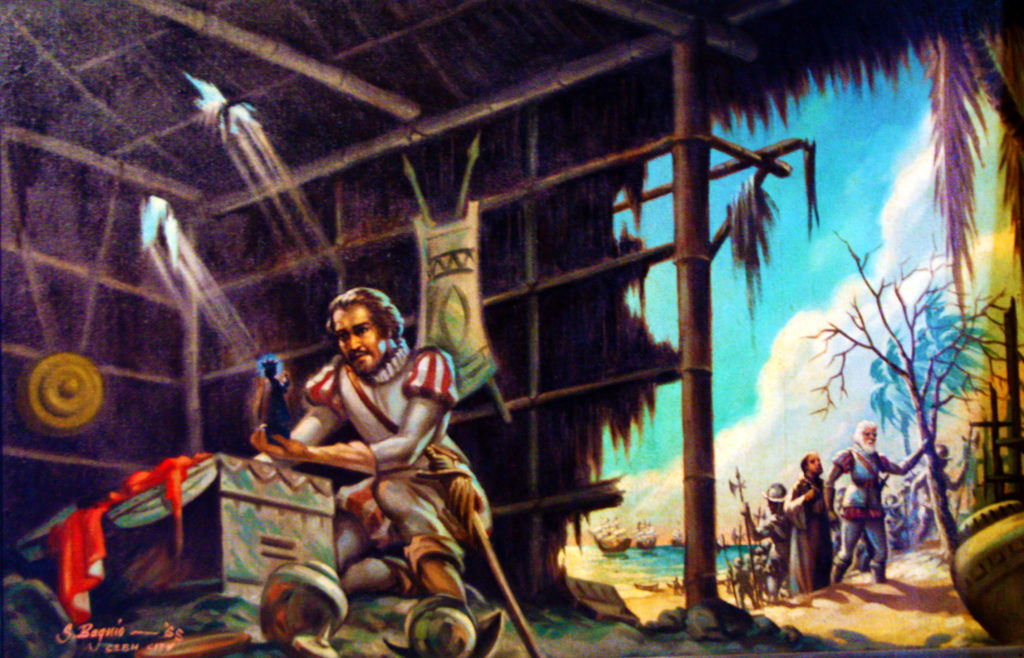 The Spanish conquistadores did not stay long in Cebu for soon after their initial attempts to convert the natives, animosity ensued, resulting in the death of Magellan himself. The rest of the armada had to leave in haste. Almost forty-five years passed before the Spaniards set foot again on the island of Cebu (this time under the leadership of Miguel Lopez de Legazpi), accompanied by six Augustinian missionaries). We are in the year 1565 – the same year in which the providential finding (“kaplag”) of the image of the Santo Nino de Cebu took place. Early documents that the same image discovered by Legazpi’s men was the same image given to Queen Juana in 1521 on the occasion of her baptism (cf. Fr. Isacio Rodriguez, OSA, Historia de la Provincia Agustiniana del Smo. Nombre de Jesus de Filipinas, vol. 1, 1965:75-92).

The year 1565 marked the beginning of the real propagation of the devotion to the Child Jesus in our land. A church and a monastery were built for the Augustinians (under the “avocation of the Sacred Child”), a Cofradia del Santisimo Nombre de Jesus was instituted (with Legazpi himself as the very first hermano mayor), and it was decreed that time miraculous discovery of the icon be commemorated annually as a religious feast. It was also decided that the name of the Augustinian Province (to which the first missionaries belonged) be named after the Most Holy Name of Jesus. Legazpi, for his part, vowed “to dedicate to the rest of his life to make the Holy Name known and venerated throughout the islands” (Gaspar de San Agustin, ibid., p. 337).

Throughout the centuries the Augustinians in the Philippines have faithfully carried out their duty not only of guarding and protecting the prodigious image of the Child Jesus in the church where it has always been kept and venerated since the 16th century – the present-day Basilica Minore del Santo Nino de Cebu – but, more importantly, of their mission to propagate the Christian faith, of which the devotion to the Santo Nino plays an important role. Hence, it would not be wrong to say that Augustinians presence and mission in the Philippines have been inseparable from the introduction and propagation of the devotion to the Child Jesus right from the very beginning.

The Most Holy Name of Jesus continues to be proclaimed and made known even to the remotest parts of the archipelago and the number of devotees to the sacred image of the Child Jesus continues to increase with the passage of years. All of these, thanks primarily to the Augustinian presence in the Philippines, and to other religious men and women, priests, catechists, and the countless people whose lives have been touched by Señor Santo Niño! By Fr. Czar Emmanuel V. Alvarez, OSA.