Development of the Santo Niño devotion

Development of the Santo Niño devotion 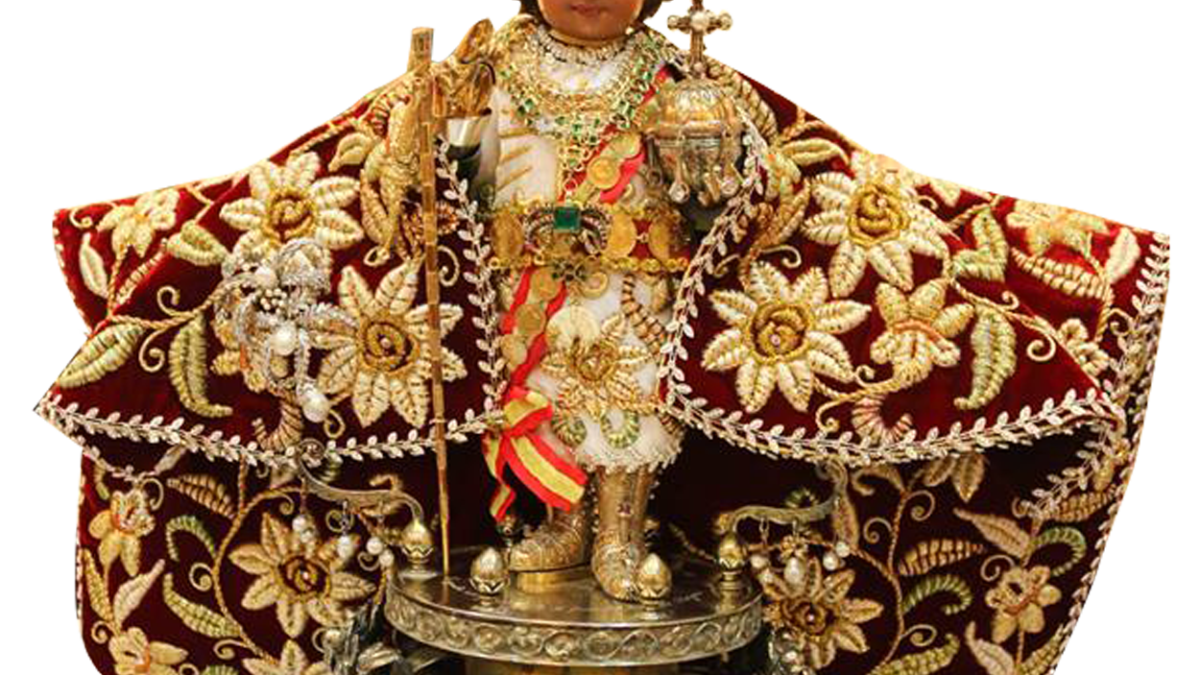 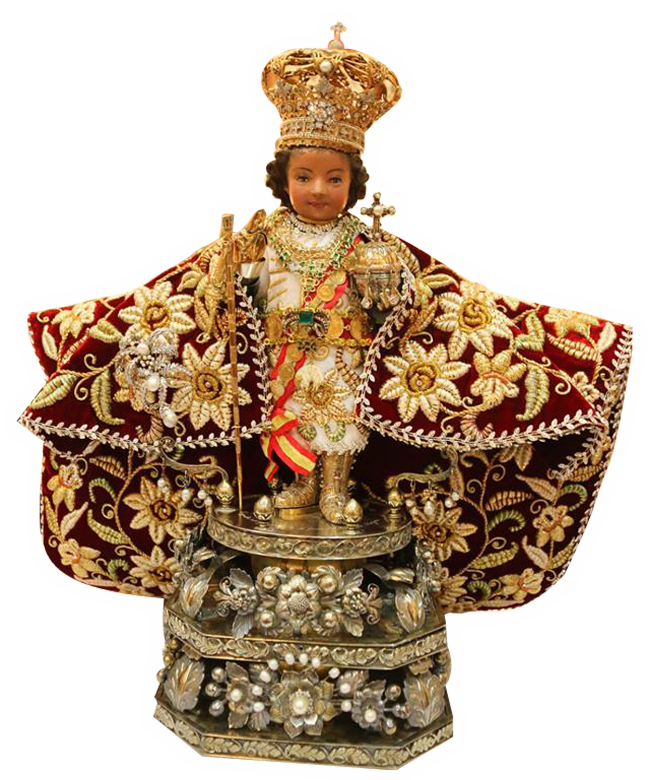 Ferdinand Magellan’s arrival; planting of the Cross of Catholicism on the shore of ancient Cebu. The cross of Magellan is enshrined on the present kiosk on Plaza Sugbo which was formerly the starting point of Magallanes Street. In 1834, then bishop of Cebu (1829-1840), Santos gomez Marañon, OSA renovated the facility.

Introduced Christianity and administered baptism including the local chieftain, his queen and their subjects. Wooden statuette was given to the queen as she wished to replace her idols. According to Pigafetta’s account three images were presented to her namely; the image of the Our Lady holding her child, a cross, and the Santo Niño, (emphasis is directed to the Blessed Virgin’s description to refute a misrepresentation that it was the image of the Our Lady of Guadalupe). 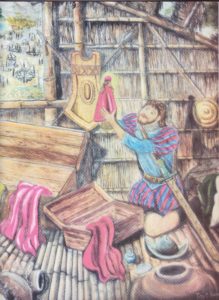 Legazpi-Urdaneta expedition’s arrival in the Philippines April 28, Juan de Camaus discovered the iamge in one hit spared by the blaze believed to be the same statuette brought by Magellan.

General Legazpi, the Augustinian friars and the entire army held a solemn procession to a provisional church and enthroned the image on a makeshift altar and vowed a yearly commemoration of the finding.

The Cofraternity was established in honor of the Most Holy Name of Jesus.

Fr. Andres de Urdaneta, OSA celebrated mass at the start of the allotment for the first church and convent dedicated to the Holy Child and the Augustinian Province of the Philippines.

The Sto. Niño Church (present Basilica) has always been the sanctuary of the image since its discovery.

Invention of the Ecce Homo started a popular piety however its fame diminished with the expanding Santo Niño devotion.

The Prior Provincial recommended to all friars that prayer to the Santo Niño be offered every month as it was the custom before.

The Prior Provincial ordered celebration of the feast of Santo Niño every January 14.

The 1578 recommendation was reaffirmed.

Fr. Prior Nicolas de la Cuadra, OSA was instrumental in spreading the devotion to the Santo Niño. He established the solemn rites in the sanctuary, acquired jewels for the decoration of the image.

January 16, the Santo Niño image was enshrined at the altar of the new church (present structure constructed from 1735-1739) with religious and civic festivities that lasted for 8 days.

Jesuit Provincial, Fr. Egidio Vibau, noted that the sanctuary was the most famous, renowned in all the islands, where many people come to pay homage to the sacred image during solemn feasts.

During the WWII, a bomb hit the church but the Sto. Niño was found unscathed. The friars brought the image to the redeptorist Church in cebu for safekeeping. 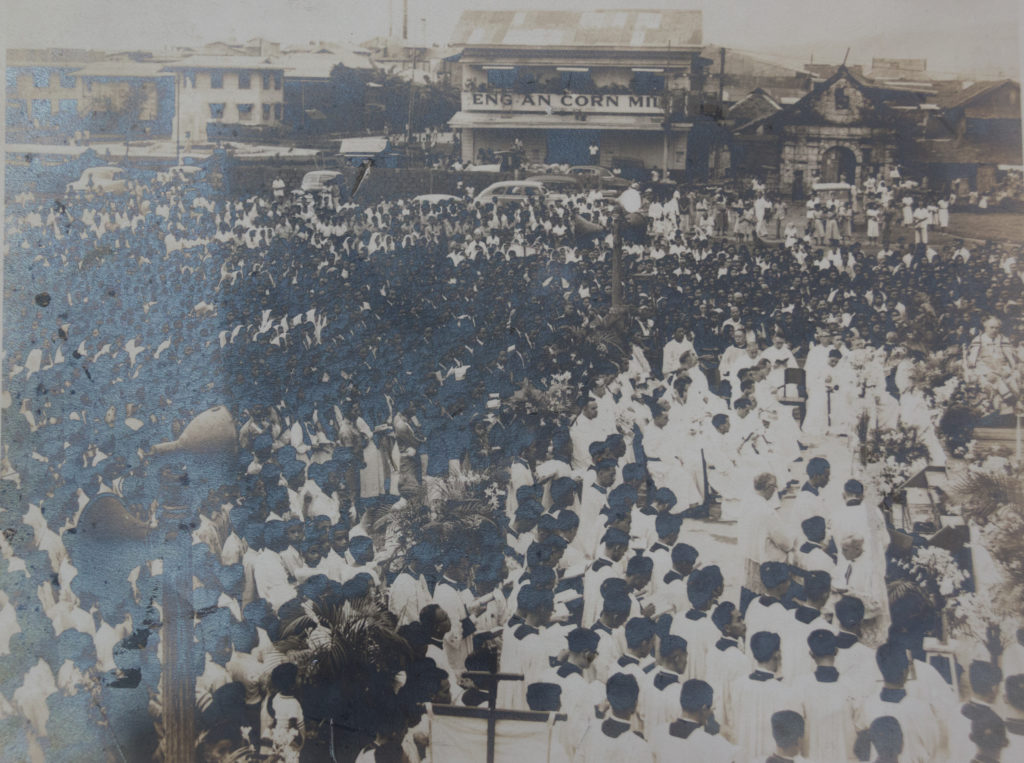 4th centennial celebration of the Christianization of the Philippines.
Major renovation of the church and convent of the Santo Niño.

The Church was elevated to the rank of the Basilica Minore, privilege granted by Pope Paul VI through the papal decree Ut clarificetur nomen Domini dated April 1, 1965.

Basilica del Santo Niño was declared a National Shrine the Santo Niño even during celebrations inside the basilica as devotees kept multiplying.

Fr. Rector, Restituto Suarez, OSA, spearheaded the construction of the marble side chapel for the public veneration of Santo Niño de Cebu image and devotion antedated that of Tondo (Manila) 1572, and Arevalo (Iloilo) 1581.

Sinulog Festival, an offshoot of the traditional sinulog celebration at the basilica, was formally launched.

Pastoral Visit of Pope John Paul II
Image was brought to the template in Lahug for the celebration.

The GOZOS to Senyor Santo Niño was officially incorporated into the novena-mass. Contemporary version with 4 stanzas is said to be introduced in the early 1990s with translations in Tagalog, Bicolano and English to date. A shortened form of an older version in 9 stanzas which was printed on devotional booklet “Taming sa Calag” first published in 1921 but manuscript form was approved for printing in 1907. Fr. Valerio Rodrigo, OSa (first director of Colegio del Santo Niño, 1904 and Prior of Santo Niño, 1918-1922) included the 9-day novena to Santo Niño with the traditional gozos. At least 10 editions (1959) were published.

The Santo Niño novena was integrated into the Mass

The last occasion the antique image of Santo Niño was brought out for the solemn foot procession.

Pilgrim center was opened to the public to accommodate the growing number of pilgrims and devotees.

Pilgrimage of the Santo Niño image to the holy Land (Israel) with the Fr. Rector Bernardino Ricafrente, OSA

Candle-lighting area was transferred outside the Basilica 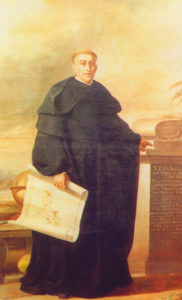 5th Centenary of the birth of Fr. Andres Urdaneta, OSa, President Gloria Macapagal Arroyo declared 2008 as “Year of Urdaneta” thru Presidential Proclamation No. 1423.

Blessing of the Santo Niño Spirituality Center in Consolacion, Cebu by the Prior General Robert F. Prevost, OSA.

Introduction of the environmental Mass into the 9-day novena
The solemn foot procession has become the reference point for crowd estimate; 1.5 to 2 million devotees joined the Fiesta Señor Solemn Foot Procession.
More than 30 local chapters of the Cofradia del Santo Niño are officially registered

450th anniversary of the finding of the image of Señor Santo Niño.
Pilgrimage of the Santo Niño to Luzon, Visayas and Mindanao.

33rd National Convention of Cofradia del Sto. Niño on May 5-7 at Tagum City, Davao del Norte with 461 delegates and 24 priests; 16 new chapters of Cofradia were created since July 2016 and with the presence of 2 delegates from Singapore Chapter.