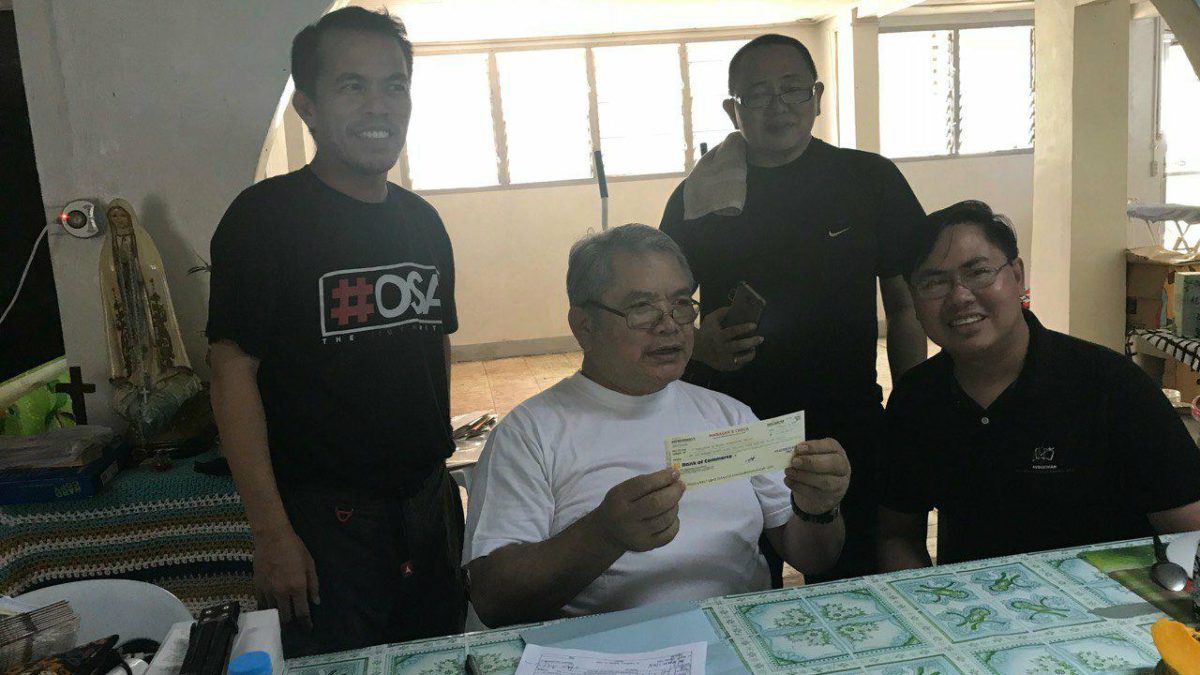 The war in Marawi City lasted for 147 days that erupted on May 23, 2017 and declared-free on October 17, 2017. Thousands of families were displaced in those days of war among the soldiers and policemen against the Maute-ISIS group. What’s left after the war is the need of rehabilitation of the war-torn Marawi City and the people themselves.

On February 27, 2018, 133 days after the liberation of the city was declared, two Augustinian priests (O.S.A.) from the Basilica went to Balo-i, Lanao del Norte, (18.2 km away from Marawi City), and visited Most Rev. Edwin de la Pena, the Bishop of the Prelature of Marawi, to turn over the cash donation of more than 200,000.00 pesos for the rehabilitation programs of the prelature. 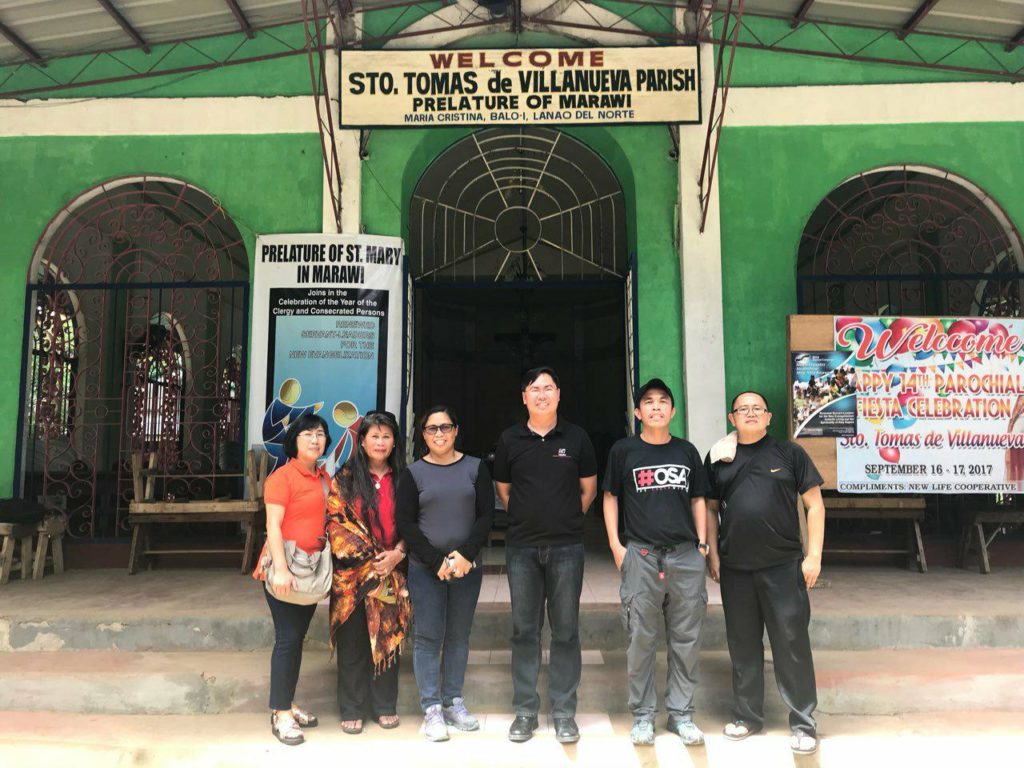 Fr. Pacifico Nohara, OSA, Basilica rector, and Fr. Aladdin Luzon, Socio-Pastoral in-charge, together with three lays, were warmly welcomed at the temporary Cathedral of the Prelature at the St. Thomas of Villanueva Parish, by the Bishop himself and by Fr. Ramonito Torres, the Social Action Ministry in-charge.

Bishop de la Peña was glad and thankful to the guests for their donation and he plans to use the money by addressing the need to rebuild first the mental health of the victims particularly the women and children. Mental disorder associated to trauma is among the consequences of war and the Bishop saw the need first to address the concern.

The amount donated to the Prelature of Marawi on February 27 is the second tranche of the money gathered at the Basilica donation booth. The first aid sent was on July 2017 that gathered over 300,000 pesos. All in all, the donation gathered for Solidarity Appeal for Marawi had reached to over 500,000 pesos and was all turned over to the beneficiaries.

In behalf of the Augustinian friars of the Basilica, Fr. Nohara, expressed his sincere and overwhelming thanks to all the donors and the devotees of Sto. Niño for their financial support. (FGPL)