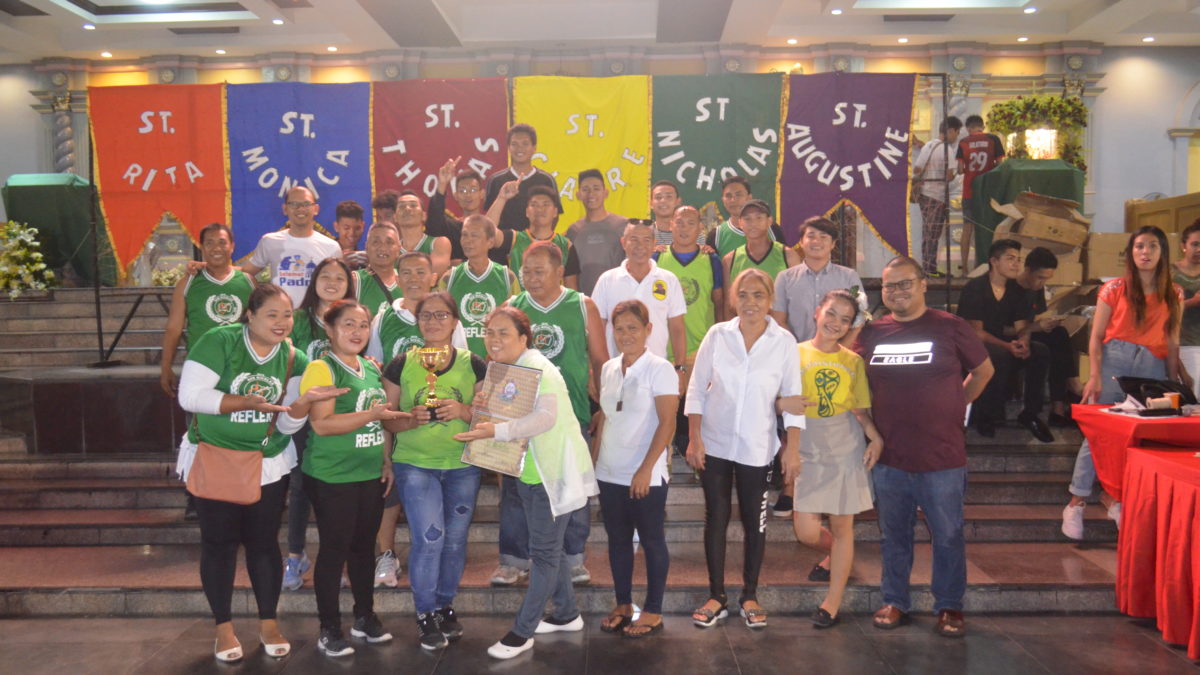 St. Nicholas won the overall champion of the Augustinian Cup 2019

The Augustinian Cup (AC) 2019 Awards Night of the Basilica Minore del Sto. Niño was successfully held last August 22, 2019 at the Sto. Niño Pilgrim Center.  AC is a three-month long sports event competition which is in line to the activities of the Feast of St. Augustine held every August 28.

At least 6 teams competed for AC 2019 namely: St. Monica, St. Augustine, St. Nicholas, St. Claire and St. Thomas. The different mandated organizations of the Basilica were divided into five teams and the addition of a team from Colegio del Sto. Nino and the Provincial offices.

It began with a grand opening last May 11 at the Colegio del Sto. Nino with St. Nicholas Team bagging the championship for the cheer dance competition.

Meanwhile, for volleyball women’s division, St. Nicholas were the champion who remained undefeated until the championship.

The bowling event was held at SM Bowling Center and St. Nicholas won the category combining the scores of both men and women category.

Points were aggregated in all categories and division and St. Nicholas was declared as the overall champion of the Augustinian Cup 2019.

Prizes, trophies and certificates were given to the winners of the various tournaments  during the awards’ night.